Swimming in the Deep End 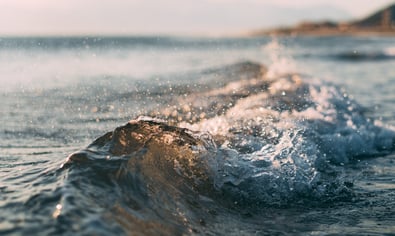 Systems change work is about understanding all of the actors in the system and the dynamic flow of power, relationships, and mindsets that exists between them.  John Kania, Mark Kramer and Peter Senge, in their recently released paper, The Water of System Change use the metaphor of water to describe systems.  The water is the environment through which fish and other life exists but it is also a flowing, moving and changing entity.

While the paper is primarily targeted at a foundation audience, there are important lessons for all changemakers.  Kania, Kramer and Senge say that to successfully navigate systems, ‘requires that changemakers look beyond any single organization to understand the system by identifying all of the actors that touch the issues they seek to address.  One must then go future to explore the relationships among these actors, the distribution of power, the institutional norms and constraints in which they operate, and the attitudes and assumptions that influence decisions’.  Navigating systems change requires an understanding of the explicit and the implicit parts of the systems and how they interact together.

Systems have been called ‘ruthless recruiters of the status quo’ by Liz Skelton, Co-Founder of Collaboration for Impact, Australia meaning that one of the key functions of a system is to maintain itself.  Kania, Kramer and Senge agree.  They note that systems and the problems existing within them are difficult to shift without understanding and unpacking six conditions that they believe hold intractable problems in place.  These six conditions move from the explicit or structural to the implicit.  Kania, Kramer and Senge note that changemakers seeking to shift systems must first diagnose themselves as a system through the lens of these six conditions. 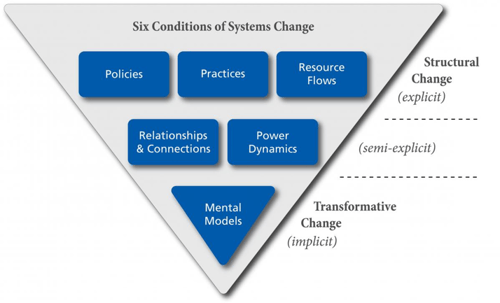 In the paper, Kania, Kramer and Senge provide useful examples of how navigating systems change requires working across all six conditions.  Changemakers that only focus on influencing policies, practices and resource flows will likely not achieve deep and durable change.  It is only when the narrative about the system is changed and adopted by a significant mass of people that change and transformation happens.  As example shared in the paper is Mothers Against Drunk Driving (MADD).  When they began to tell the story of drunk driving and its impact on mothers and their children, they made a more compelling case for systems change.

The Water of Systems Change is a useful framing for those of us working at community change and impact.  It is not about dipping your toe into the water but rather diving into the deep end in a thoughtful and measured way.  It is about unpacking the system, its dynamics, challenges and opportunities.  It is also about unpacking the mental models, values and beliefs embedded in each of us and in the system.  Kania, Kramer and Senge have provided an excellent path forward while also considering their own mental models, structures and faults.  This is great summer reading. 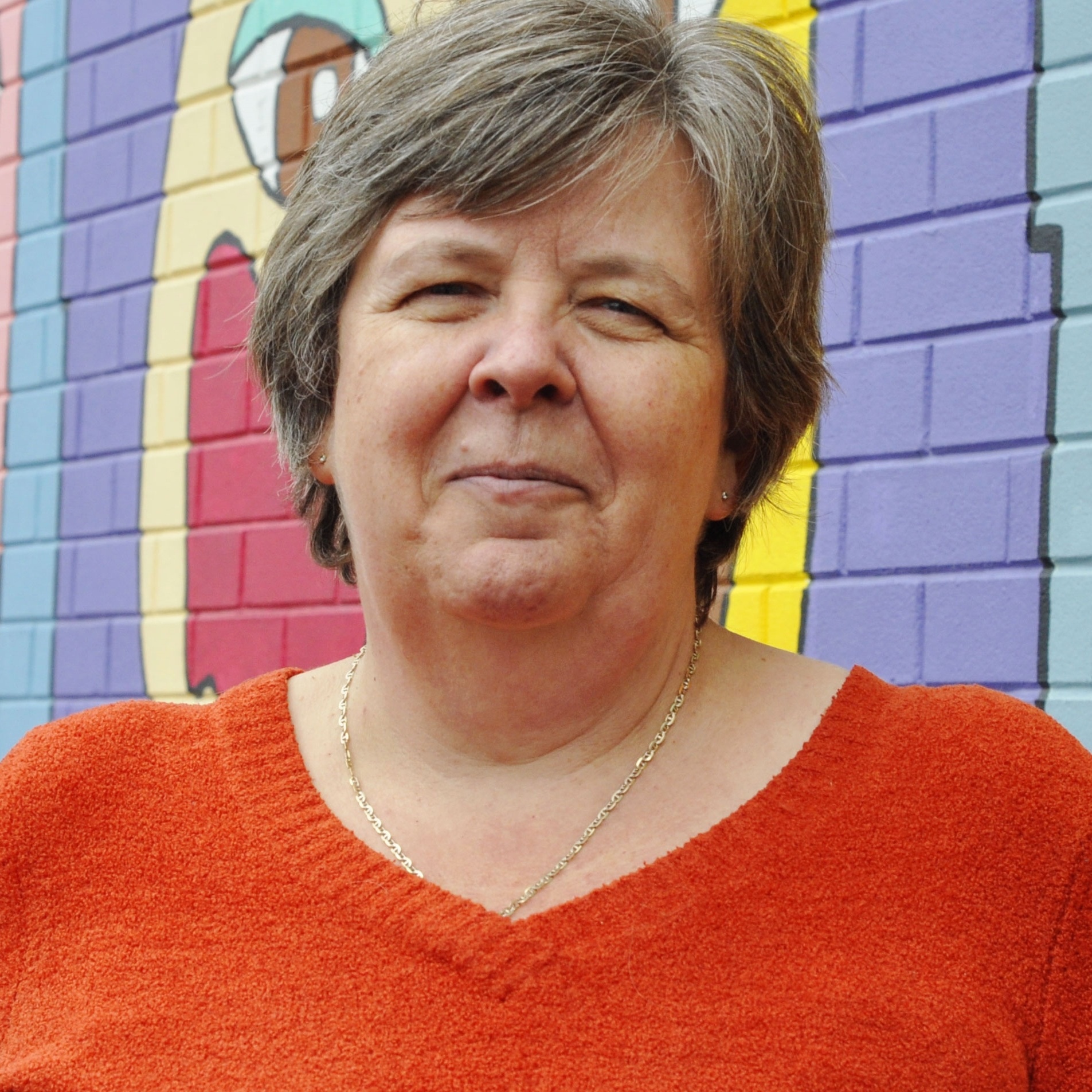 Liz is passionate about the power and potential of communities getting to impact on complex issues. Liz is Tamarack’s Co-CEO and the Strategic Lead for Collective Impact. In this role she provides strategic direction to the organization and leads many of its key learning activities including collective impact capacity building services for the Ontario Trillium Foundation. Liz is one of Tamarack's highly regarded trainers and has developed and delivered curriculum on a variety of workshop topics including collaborative governance, leadership, collective impact, community innovation, influencing policy change and social media for impact and engagement.

Centering Indigenous Knowledge and Leadership in Your Work 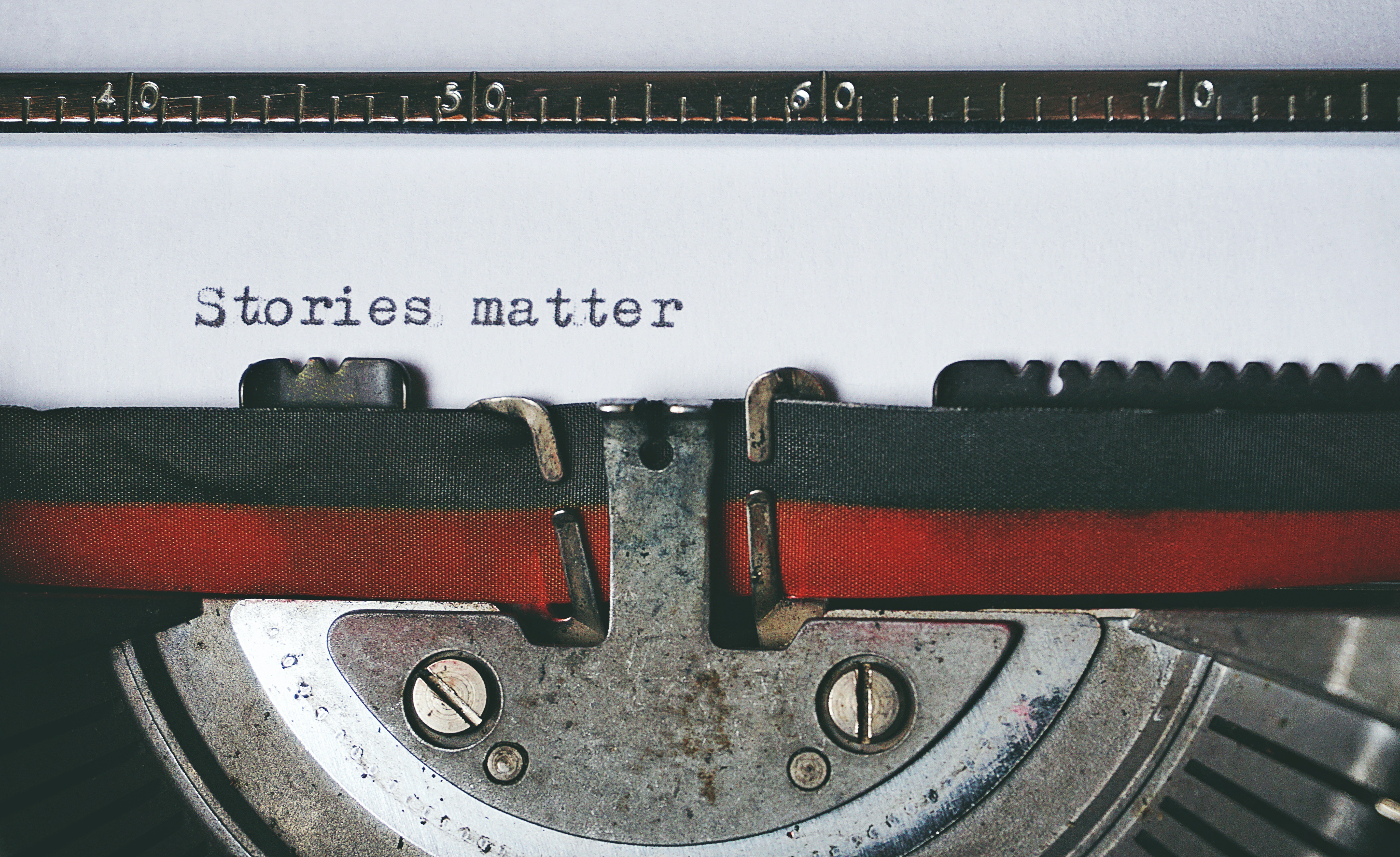