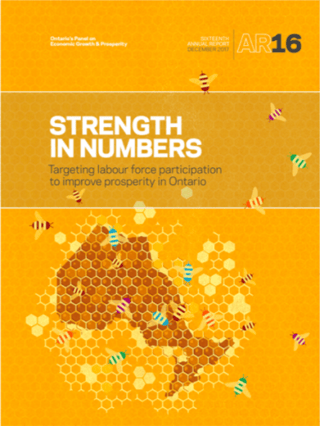 Youth have very poor employment outcomes as they struggle to get a foot in the door at their first job. The Panel focused on 15 to 29-year-old non-students to capture only those who are not currently enrolled in education or training to prepare for later entry into the labour market. This group should be entering the labour force at a higher rate than observed.

Women make up the greatest share of the population of any underperforming demographic group. In Ontario, women make up 51 percent of the 15 to 64-year-old population, but a significant portion remain outside the labour market, often due to family or caregiving responsibilities.

Indigenous Peoples have drastically lower participation rates and outcomes than their non-Indigenous counterparts. Despite their relatively small population size compared to the other three groups selected, reconciliation and improving Indigenous labour force outcomes is of importance to Ontario's Panel on Economic Growth and Prosperity.

Recommendations from the report on reducing barriers to participation include: