Maytree’s welfare report cards share vital information for poverty reduction organizers and policy makers to inform what we know about some of the most vulnerable members in our communities. Amongst the pivotal domains of poverty reduction is income security. It is a cornerstone pillar for lifting people all along the scale of poverty from deep, absolute poverty towards thriving.

The snapshot of welfare rates each year provides insights into the crisis-end of the income spectrum. Over the past several years they have revealed that while welfare can be a key tool to help ensure our fundamental right to… “a standard of living adequate for the health and well-being of [oneself] and [one’s] family, including food, clothing, housing and medical care and necessary social services”, welfare rates fall below the poverty line in all provinces.

Maytree’s 2020 Welfare Report shows how stagnant or small increases to already poverty-level incomes are being outpaced by the rising cost of living, indicating the poor are getting poorer; and that, amongst Social Assistance recipients, employable singles are falling the furthest behind while government benefits tend to target – and are succeeding in – reducing child and senior poverty.

What can we do?

Researchers such as the Centre for the Study of Living Standards who authored Holes in the Social Safety Net: Poverty, Inequality, and Social Assistance in Canada (2020) recommend a series of new labour policies and social benefit programs. This includes raising the minimum wage to $15/hour with government top-ups amounting to $18/hour, while also bringing Social Assistance rates up to 100% of MBM and providing dental care, pharma care, housing benefits and other supports. This would eliminate working poverty while still providing benefits that meet social recipient needs without exceeding full-time minimum wage work.

Cities Reducing Poverty members have been key leaders in local and provincial-wide campaigns to raise social assistance rates. Before a turnover in government, Calgary, Edmonton and partners across Alberta successfully lobbied to raise rates and index them to inflation in 2018. Hamilton and others throughout Ontario campaigned to “Fix the Rates” in support of Bill 158 and Bill 6 in 2016, which were ultimately rejected, but raised a significant amount of awareness about inadequate welfare rates in the province.

Canada’s Welfare Report helps us prioritize our poverty reduction actions by indicating which groups are falling behind and by how much. With the knowledge that employable individuals and people living with disabilities are faring the worst, we must look at what assets we have together as a community to help these folks get closer to the poverty line, as well as raise awareness about the most effective provincial/territorial or Canada-wide benefit and service changes that would help them finally break free of poverty. 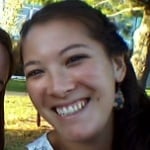