Posted on September 7, 2021
By Jill Zacharias 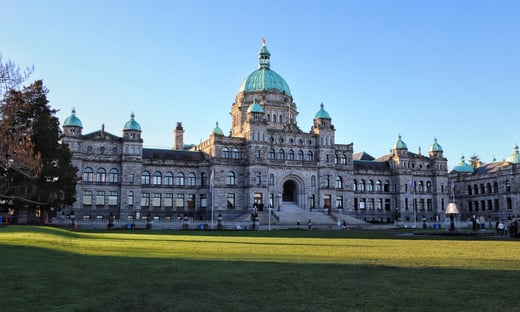 Between 2016 and 2019, BC’s poverty rate dropped from 15.3% to 10.8%. In 2020, in the face of COVID-19, the strategy served as a foundation for an efficient rollout of supports that was designed to reduce the impact of the pandemic on the province’s vulnerable populations.

B.C. communities have seen the most progress on the ground in domains where the province has made substantial investments (for example, housing, child care, and food security). The B.C. government has also shown leadership piloting and expanding $10/day child care and minimum wage increases, with the minimum wage, was raised to $15.20/hr in June, making it the second-highest in Canada. Beginning in September 2021, public transit across the province will be free for children aged 12 & under.

For many municipalities, the enactment of a provincial strategy has legitimized poverty reduction planning and action led by local government. This was strengthened through the innovative Poverty Reduction Program, administered by UBCM – a 3-year program that funds and supports municipalities to develop and implement poverty reduction strategies and related projects. In its first year, $1.6 million in funding was allocated to 63 local governments for 34 projects, 85% of which are developing local poverty reduction strategies. Funded projects have included the City of Vancouver piloting a low-income transit pass, Stewart strengthening regional food security, and Williams Lake tackling digital access and literacy.

TogetherBC followed the government’s Poverty Reduction Strategy Act, which had formerly called for the development of the strategy, mandated annual reporting, set provisions for an advisory committee and public participation, and set targets. The strategy is the outcome of more than a decade of advocacy from local poverty networks, roundtables, and organizations, including the B.C. Poverty Reduction Coalition, Living Wage for Families, and First Call. Accountability takes the forms of annual reporting requirements and of a cross-sectoral advisory committee that provides input on progress.

Having participated in the extensive consultations that informed the strategy, it was heartening to see clear evidence and understanding that poverty is a systemic and complex problem that requires a comprehensive and collaborative approach. TogetherBC takes a whole of government approach and is built on the principles of Affordability, Opportunity, Reconciliation, and Social Inclusion. Over 20 Ministries and 8 crown corporations are engaged in its delivery.

The B.C. government works with local experts with lived/living experience to better understand how the system of supports for individuals could be reformed to reduce poverty and build a more just society. Inequity and intersectional issues are acknowledged. Vulnerable groups and populations are clearly identified, and the voices of people with lived and living experiences are amplified.

Importantly, legislation requires the strategy reflect a commitment to reconciliation with Indigenous Peoples and the Calls to Action of the Truth and Reconciliation Commission. B.C. was the first province in Canada to implement the United Nations Declaration on the Rights of Indigenous Peoples for Indigenous communities. Related actions are geared towards self-determination, justice, access to culturally appropriate wellness supports, and acknowledge that addressing the ongoing effects of colonialism is fundamental.

While B.C is the most recent province to develop a formal poverty reduction strategy, its leadership and commitment to ending poverty is already an inspiration.