Moving Past the Middle

Posted on November 21, 2019
By Natalie Appleyard 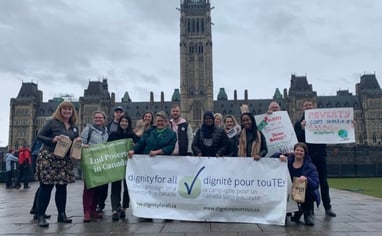 There are millions of people across Canada living in poverty. Yet, in this recent federal election, poverty and inequality was almost entirely ignored. Poverty in Canada is a crisis that needs to be prioritized. The fact that we do not see it this way betrays some of our deeply held beliefs about who is poor, why people are poor, and what (if any) are the responsibilities of governments and citizens to do something about it.

Some of the issues and living conditions associated with poverty and inequality did come up at times. This includes safe drinking water on reserves, affordable housing, parental leave, and the cost of living in general. The previous Liberal government did take some important first steps toward reducing poverty, though not eradicating it. Unfortunately, most of the proposals during the election focused mainly on the middle class and their experiences of these issues.

We did not hear, in contrast, how each party planned to address the disproportionate rates of poverty among Indigenous peoples, racialized groups, newcomers, people with disabilities, or singles aged 45 to 64. We did not hear how each party would move Canada towards our human rights obligations or the Sustainable Development Goals.

Despite not getting a lot of airtime, there were significant sections of our newly elected government’s platform dedicated to building resilience and helping lift people out of poverty. Initiatives like a pan-Canadian framework for childcare, improvements to Employment Insurance, and continued progress on a national pharmacare plan would be further steps toward addressing poverty on a systemic level. During their last term, the Liberals took some important first steps in legislating the Poverty Reduction Strategy and the right to housing, for example. They made some notable gains in reducing poverty among children and seniors, demonstrating what is possible with targeted support and funding. There is hope that needed improvements will be made in the context of a minority government as the Liberals look to progressive parties for support.

Meanwhile, thousands of CPJ members and supporters engaged with these issues through our Election Bulletin. I was heartened by stories I heard on our Fall Election Tour of people’s ongoing advocacy and their commitment to raising these issues with their federal candidates, colleagues, congregants, and community members. Despite the parties’ relative radio silence in the media, I know many voices were raised this election season and I am grateful for the faithfulness (in multiple senses) of the CPJ community!

“We need to share not only the plight, but also the fights and insights, of people living in poverty.”

Chew on This! campaign to over 100 organizers across the country, with close to 17,000 postcards requested to send a message to our next prime minister calling for ambitious action to end poverty in Canada. We know those postcards will be there waiting for the re-elected Prime Minister Trudeau – and so will we, as constituents, be there to follow up on our message!

I have seen significant stories of strength and success that we can build upon. I was encouraged by Shailly Gupta Barnes of the Poor People’s Campaign in the United States who suggested that, “we need to share not only the plight, but also the fights and insights, of people living in poverty.” That is to say, we can’t just focus on the crisis, we need to capture people’s imaginations for what is possible by sharing stories of what has already been accomplished and learned through the ongoing fight for justice.

In that spirit, I look forward to building upon the success and momentum of our campaigns and engagement. In the coming months, CPJ will be building on the relationships we have with MPs and ministers from our previous government, as well as leveraging the need to cooperate with MPs of all parties in a minority government context.

Much more is needed to address the systemic injustices of our current systems, pushing us past our concerns for the middle class alone and considering also those most deeply entrenched in poverty. Honouring the rights and dignity of Indigenous peoples, for example, will be key to addressing the many ways in which people on and off reserve face disproportionate barriers to economic security, food security, health, and general well-being.

I remain hopeful that we can seize this moment to work with MPs of all parties to push us past half-hearted measures and effect real change that benefits more than just the middle class. As we envision a just transition to a greener economy, we have a tremendous opportunity to put sustainability and equity at the core of our systems, rather than seeing them as fringe interests. I invite each of us to share in the plight, fights, and insights of our pan-Canadian community so that together, we can build the power needed to win real systemic change and end poverty in Canada. 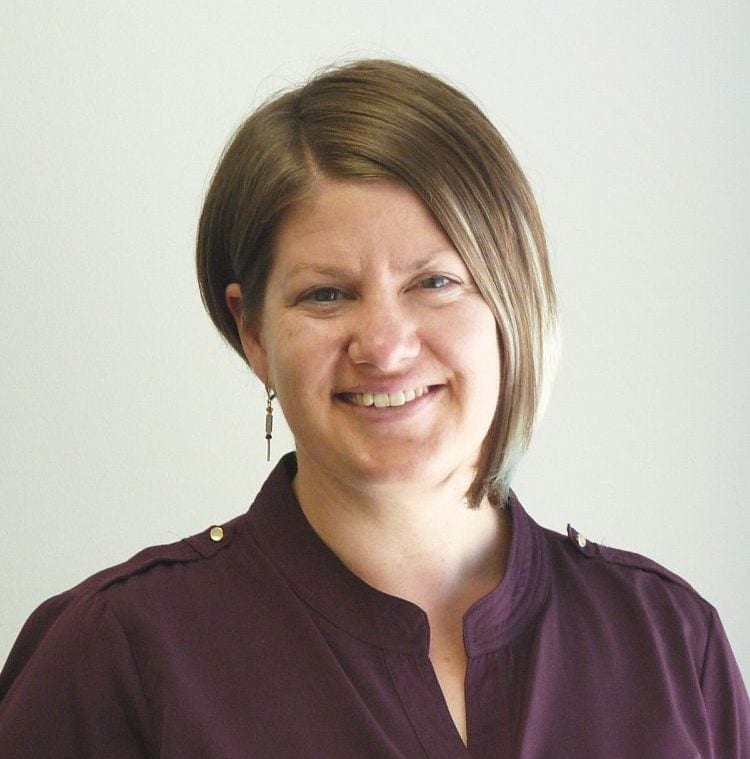 A former teacher, Natalie's Master's thesis in Education looked at bringing social justice issues into the classroom to foster active, engaged citizens. She brings this passion for education and human connection with her to CPJ and looks forward to building collaborative learning communities that foster solidarity, compassion, and justice. Natalie is grateful for the influence of many different Christian traditions on her journey of faith. She envisions a church united in God’s call to love our neighbour, living in faithful witness of the gospel of reconciliation and renewal.