This article originally appeared on the Canadian Centre for Policy Alternatives website on July 20, 2016 by David MacDonald and is re-posted here with permission.


In 1989, when the House of Commons voted unanimously to end child poverty by the year 2000, there was much applause.

But as the years started to pass, political inaction fueled a deepening sense that government commitments to reduce poverty were mere words.

It’s 2016 and Canada is a long way from ending poverty, but three promising developments are about to lift almost half a million people above the poverty line.

Over the next week, between July 20 and 27, a new batch of cheques will be mailed out or deposited directly into bank accounts as part of three major program changes:

Now, I may be getting ahead of myself since poverty rates are calculated annually. As these changes are coming halfway through the year, the impact won’t be fully recorded until the end of 2017. But as many of us know, keeping your bank account in the black isn’t an annual affair—it’s a daily preoccupation. Those receiving any of these new cheques/deposits will feel a palpable difference by July 27. This may seem like cheerleading for the current federal government and maybe it is, but not for the reasons you would think.

The Canadian Centre for Policy Alternatives and its partners have been promoting nearly identical child and seniors program improvements for years. You can find versions of these program improvements in our 2014 Alternative Federal Budget or in Campaign 2000’s 2013 report card on child poverty. It’s gratifying to see versions of our recommendations implemented, and kudos to the Liberals for doing so, because it will have a real impact on 453,000 peoples’ lives. The table below shows just how much impact each of the three programs will have this year.

The program with the biggest impact by far is the new Canada Child Benefit, which lifts 397,000 people out poverty—roughly half of them children and the other half working-age adults. Poverty rates are calculated at the household level, meaning that if a child is lifted out of poverty then that child’s parents are as well. The Alberta Child Benefit has a similar impact. Child benefits even have a limited impact on seniors’ poverty for the same reason. Finally, the GIS top-up will lift an estimated 37,000 of Canada’s poorest single seniors out of poverty.

The net result of all these changes will be that 22% of children who currently find themselves below the LIM-AT (low-income measure after tax) poverty line will be lifted above it. The impact is smaller for adults and seniors, but those amounts should still be observable when the official poverty stats are finally published.

All told, one in 10 low-income persons in Canada (453,000 people) will be lifted above the poverty line by July 27. That’s no small feat. The scope of improvement in such a short amount of time doesn’t happen often, but it should, because it shows that government transfers can be an important piece of the anti-poverty puzzle—along with job creation and strong public services.

This summer marks an important first few steps toward making good on the vision that the House of Commons laid out way back in 1989: to end child poverty. With a country as prosperous as ours, there is no excuse for political inaction. 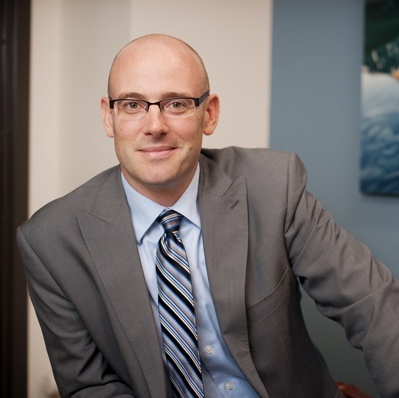 David joined the CCPA as its Senior Ottawa Economist in 2011, although he has been a long time contributor as a research associate. Since 2008, he has coordinated the Alternative Federal Budget, which takes a fresh look at the federal budget from a progressive perspective. David has also written on a variety of topics, from Canada's real estate bubble to Aboriginal income inequality, and he is a regular media commentator on national policy issues. David received his BA from the University of Windsor and his MA from the University of Guelph, both in Philosophy.